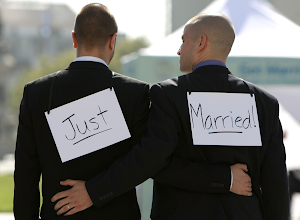 Sexuality is an interesting umbrella that has opened wider over time and still is opening. In fact, it is revealing a truth that has always been here. People did not turn lesbian, gay, bisexual or transgender overnight. It is simply taking humanity a long time to acknowledge this natural fact. In some countries, this umbrella is still pretty much closed. Sadly, LGBT people, also known as ‘not straight’, might be unable to express their sexual orientation due to the condemning attitude of family and society. Their choice is classified as unacceptable. Some countries even view it as a crime punishable by imprisonment. Should people be condemned for being different? Are they harming anyone by being true to themselves?

Sexual Orientations
Although I don’t like the idea of labelling people, below are several types of sexuality. These labels could be seen as positive rather than being associated with stigma. In the same way as it is easy to say, I am British, it will hopefully become easy to say, I am intersexual.
The three main types of sexual orientations are Monosexual that encompasses Straight, Gay and Lesbian; Polysexual which includes Bisexual and Pansexual; and Asexual, also known as nonsexual, for those who have no sexual interest towards others. Biology defines who we are as individuals and therefore we are not justified in stigmatising those who are 'different' to the mainstream. After all, has genetic research not shown that no two people are alike? 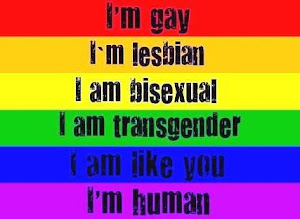 Intersexual people consider themselves neither male nor female which is caused by variations in chromosomes and sex hormones. Transgender are those who do not feel like they belong to their biological sex. Nowadays, we hear more about people who have surgeries to change their sex and have it aligned to how they feel in the same way as others do with cosmetic surgery.
Historical figures such as Socrates, Leonardo da Vinci, Michelangelo, Oscar Wilde … have been termed as homosexual or bisexual. Yet, they are respected for their work.


Sexual Energy
A person might be in a physical relationship with someone of the opposite sex because this is the way it should be but inside it does not feel right. There might be a tightness in the sacral chakra - what we call the gut feeling. It is a sign from the body to step back and check what is truly here. For someone unsure about his sexuality, the key is to connect to the body’s energy and allow himself to be naturally guided. This is equally applicable for LGBTs who might choose to become straight at some point in their life.

Relationships do not necessarily begin with love. They might spring from a sexual arousal, a tingling sensation in the erogenous zone at the prospect of experiencing sexual pleasure. Some call it the animal instinct. This sexual drive originates from the sacral chakra, svadhisthana, situated between the pubic bone and the navel. It is the centre for sexual power, creativity, intimacy and sensual connections. When the seven chakras are in perfect alignment, there is a natural flow of energy throughout the body. The body’s energy is meant to flow in alignment with the cosmic energy. It dances to the natural rhythm of the Universe. Each human being has his own personalised rhythm. Why try to force fit everyone into rigid categories that just leads to unnecessary unhappiness, stigma and segregation, and forces some people to deny their own sexuality. Such pressure to conform to society's expectations of what is acceptable does not reflect what biology tells us about human sexuality. 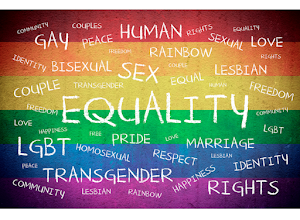 Over the recent years, we have witnessed a rise in LGBT awareness. In 2011, the United Nations Human Rights Council passed its first resolution recognising LGBT rights. Same-sex marriage is now legal in many countries, mostly western ones. Events, including marches, are organised worldwide on awareness and remembrance dates to encourage equality of human rights and reduce society’s prejudice. Rainbow flags are proudly flown during marches. The Pride Month, celebrated in June, encourages celebration of sexual diversity and an increase in visibility of the gay community as a social group. One of the beautiful aspects of these events is that straight people participate as well.

All for one, one for all.