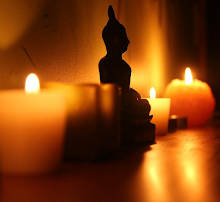 Although I have been to hundreds of meditation sessions in my life, I will never forget the day that I hosted my first guided meditation which included a visualisation as well. Only two persons had booked and on the day I had only one guest. One person was all that I needed to get started.

Many hosts rent a room in a public building or in a church and they have to go an hour earlier to set up the area, bring cushions and shawls, clear the energy, sort out their music, make sure it is not too cold or too hot, etc. Most importantly, they have to feel comfortable to make it easier for others to feel comfortable. It can be awkward if you sit there as a host and cannot remember what to say. I went to an event once where it happened and the host reached out for her paper and started to read out the meditation. It did not feel right at all as there was no flow.

I have it all under control
I had a massive advantage though. I was holding my session in my living room and this made me feel more confident. I was in a known zone. I had my music sorted, there were crystals in the room, the candles were lit, the sandalwood oil was burning, the energy had been cleansed, the room felt cosy and the kettle was ready. I had it all under control. Perfect!

These are the outside features though. Inside, I was as nervous as a long-tailed cat in a room full of rocking chairs! I had practised my meditation six times that day and I kept adding and removing words. Each time something changed. The flowers in the visualisation were meant to be daffodils but then they changed to tulips and then to bluebells and back to daffodils. Although I had created it all myself, it was hard to stick to the script.

This was when I realised that being at home did not make everything under control at all. It certainly made it a lot easier for me to organise but it was not a magic wand that dissolved the tension. It made no difference whether it was only one guest or a hundred. Fifteen minutes before the guest arrived, I was in full stress mode. My confidence started to give way to panic. I was desperately trying to remember my meditation word for word but it was blurred with a cloud of thoughts. I did not know the person who was coming. Would he like this type of music? I might have created a beautiful meditation, but has he meditated before? Will it feel like too much for him? Or maybe not good enough? I remembered the lady who had been reading her script and I felt compassion for her. Who knows, maybe it had been her first time too?

View it from the balcony
I did the best thing that I could think of to feel better. I emotionally detached myself from the situation. There is an expression, to look at a situation from the balcony. So in my mind’s eye, I stepped back and envisioned the next hour. I thought of the worst that could happen if I messed it all up and of course I also thought of the best that could happen. It helped me relax and I remembered that I am human and it was okay if I made a mistake. Maybe it was not for me to play God and have it all figured out and controlled? Maybe I was being too judgemental about myself, the same way I had been with the other lady?

I brought my mind back to the present moment and smiled as I put a written version of my guided meditation next to my sofa. I felt relaxed and I decided to follow my intuition. I would let the Universe guide me and I could still have a glance at the paper if I needed to.

The next hour was perfect, just as it was meant to be … and totally different from what I had planned. The guest who had booked did not turn up but another one did! He then told me that he did not like guided meditation and he thought that we would be sitting in silence looking at a candle, but that he would give it a try. I said to myself, everything will be fine and I gave him the option to leave anytime if he felt uncomfortable. He stayed and I added a silent meditation at the end at his request. I had forgotten to play the music when he arrived but he did not notice and neither did I.

Well, he actually enjoyed all of it! He was enthusiastic as he told me about his experience and what a gift the visualisation had been for him. He was also going to buy himself a crystal ball to remind him of this experience whenever he might feel low. I was so grateful for his feedback.


This experience taught me some valuable lessons
- I cannot control everything, especially if there are other people involved.
- To feel compassion for people who don’t get it right. We are all work-in-progress.
- To do my best and know that it is OK to make mistakes. Just go with the flow.
- Keep a backup plan, just in case.

After all, don’t we say that life is a learning curve?