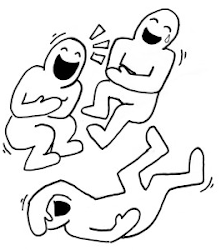 I would like to share a funny story with you, which taught me that we don’t necessarily need to be quiet in order to meditate and to be happy.

While studying in Delhi, I was hanging out with some friends one day when someone told us that there was a group of elderly people who meditated in a nearby park, after which they would do some yoga exercises. What we found strange about it was that apparently they laughed while meditating! Back then, I knew nothing about this form of meditation and neither did my friends. We thought that these uncles were probably lunatics.

We were a mischievous bunch and ten of us decided that the following day we would hide behind the bushes and spy on the uncles to see if it was true. There was only one problem, they started at 5 am which was way too early for us. We all decided to spend the night at the friends who lived closest to the park. We would not sleep to make sure that we would still up that early. We watched TV and played games but by the time we had to leave only 4 of us were still up.

We were hiding behind the bushes, too excited to even feel sleepy. And then, there they came! There were maybe 15 of them and all very punctual. They all wore white kurtas with pyjama trousers. They laid their mats on the grass and sat in a circle. Nothing happened for a few minutes. My friends and I looked at each other thinking that we had wasted our time, when suddenly one of them burst out laughing for no reason. What followed was absolutely brilliant! The other uncles started laughing as well. It sounded fabricated but the great thing was that the laughter soon became genuine and were getting louder and louder.


Laughter is contagious!
​Behind the bushes, we started laughing as well with tears swelling up in our eyes and we tried hard not to make any noise. The more they laughed, the more we did. It was difficult to remain quiet and we signalled to each other that it might be better to leave but the uncles saw us! They were so angry and started shouting at us while we ran away, crying with laughter. Anyone looking at the scene would have thought that we were the lunatics.

I am smiling now while writing about it. It feels like it only happened yesterday. Do you know why? It was one of those days where I laughed so much that I just can’t forget about it. In an ironic way, it is similar to when we go through a sad event. We usually remember the gloomiest moments in our life. Why don’t we also remember the good times that made us laugh until our stomach hurts? Can you recall three such experiences and share them? Laughter being contagious, if you bring more laughter in your life, you can make more people laugh as well!


Laughter is a medicine
Laughter is linked to the activation of the ventromedial prefrontal cortex, which in simple words means, it produces endorphins that can reduce pain sensations in the body and may also produce a feeling of happiness. Research has shown that laughter also reduces stress hormones such as cortisol and epinephrine. Laughter triggers healthy changes to the body by strengthening the immune system and increasing the level of antibodies. The best thing is that the body cannot differentiate between fake and real laughter, so it will work anytime you try.


Laughter Yoga
Anyone can laugh. With laughter yoga, playfulness is used to generate laughter. Your brain releases endorphins and your muscles relax with the postures. Laughter Yoga is a revolutionary idea that is spreading across countries. It is practised in companies, gyms, universities and charitable organisations. It helps you make friends more easily as you open up more easily when you meet people in a happy environment. A smile is enough to start a conversation. 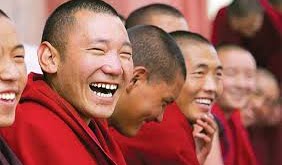 ​​Be the reason someone smiles today!