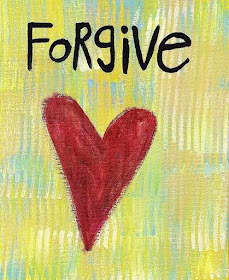 There is only
one form of forgiveness
and it is from
the heart.
CALL NOW
for more information
Contact Us

'I forgive you' is a simple yet extremely powerful statement. It is a conscious choice that we make. If it is voiced out just for the sake of it, the effect on you would be like water off a duck's back. As much as it is true that resentment is like drinking poison and expecting the other person to die, forgiveness on the other hand, dissolves all resentment and we can move on free from wounded feelings. Forgiveness is not about letting someone off the hook or condoning their behaviour. It is releasing yourself from anger, resentment and playing a blame game. It is the key to freedom and healing.

We’ve all probably forgiven someone superficially just to move away from an issue. I’ve done it a few times and I could not stop thinking about the whole situation again. Have you noticed how this matter stays at the back of your mind and keeps nagging you? ‘I should have said this… Why didn’t I say that… He was wrong…’ It is possible to open the subject again and express your discontentment, let’s say if it is an incident at work. It then becomes easy to genuinely forgive and forget. Done!

Wake up Call
There are deeper issues though that affect us at such a profound emotional level that forgiveness feels near impossible. The most traumatic events leave a heavier weight whether they happened twenty years back or two days ago. It is our choice, and ours only, to keep on being resentful or to move on. We might avoid such issues when the pain feels too raw but resentment is a poison that only becomes lethal with time. It buries deeper in the cells, replicates and spreads. Sooner or later, the body sends us a wake up call. The side effect of resentment is likely to manifest at a physical level through illnesses and it can’t be ignored any longer. In complementary therapy, lack of forgiveness is believed to be one of the principal causes of ailments. 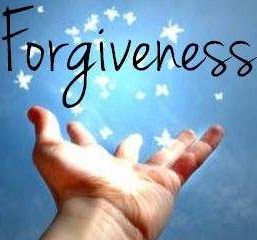 There are no set rules for forgiveness. Each incident has to be approached in its own way. For example, the method we use to forgive someone who has hurt us in a relationship would most probably be different from the one to forgive a loved one for dying. Forgiving someone who is still part of our life might need to be handled differently from forgiving someone from our past. Forgiveness for abuse of any kind, whether it be sexual, physical, emotional or mental, is a delicate one which often requires more time. I’d like to lay emphasis on the fact that only the approach is different; there is only one form of forgiveness and it is from the heart.

There is always a story behind resentment and anger. They don’t just come out of nowhere. You can replay the story in your mind and visualise the people involved sitting opposite you. Be willing to FEEL the emotion that has been hiding. Go to the root cause. What is truly here? In many cases it is likely to be pain, sadness or loneliness. Tell them how you really feel. If more anger comes up, let it come. If tears come, let them come. Empty out emotions which you have been holding back until you find yourself in a peaceful space. This is when forgiveness is possible. This technique is very helpful especially when dealing with situations that involve people who have passed away or experiences from the past.

You can write a letter to that person, expressing all your anger but don’t post it. Simply by transferring the feelings from your mind and body onto the paper makes a big difference and you will feel the relief straight away. It opens the door to forgiveness.

It is not always possible to forgive in one go, especially when it comes to physical abuse. As hard as it might feel to forgive someone, it is for your own benefit. The other person has already moved on. You are the one still thinking of the past. By forgiving, you are claiming your power back from the past and giving yourself the freedom to live in the present moment again. You can forgive in stages. Maybe 10% at first? After a couple of weeks, another 10%? Keep going until you have genuinely forgiven.

Self-forgiveness
We tend to forget someone special when it comes to forgiving … Ourselves. If we can forgive others, why can’t we forgive ourselves? We are all human and we make mistakes from which we learn. Guilt is a heavy burden that we choose to carry. You can throw it away anytime! The best thing about self-forgiveness is that it increases our self-love, wisdom, self-acceptance and compassion.