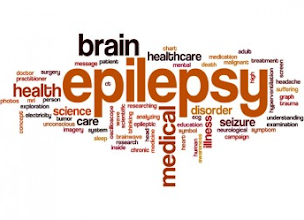 Epilepsy is easy to describe but complex to understand. The brain experiences constant electrical activity, 24/7. A seizure occurs when there is a burst of excessive activity, which creates a ‘short circuit’ in the brain. The messages that the brain has been sending to the rest of the body become mixed up or stop completely for a while. The part of the body which is affected depends on which part of the brain felt the short circuit. When we think of epilepsy, the first image that comes up is of someone lying on the floor, jerking, with stiff limbs. It is a tonic-clonic seizure, commonly known as a generalised episode, where the whole brain is affected.

Focal epilepsy, on the other hand, affects only one of the four lobes of the brain at a time. People experiencing this form of epilepsy can be as emotionally affected as those with generalised seizures, especially if they have not yet found a medication to prevent seizures. Sadly, approximately one third of people with epilepsy are resistant to anti-epileptic drugs and continue to experience seizures. Depression is common in epileptics as a result of their changed lifestyles or a side effect of medication. 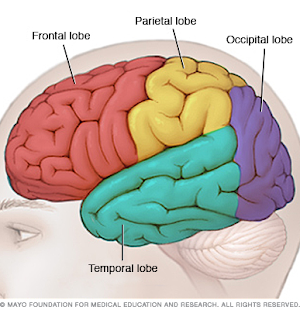 The four lobes of the brain are called the temporal, frontal, parietal and occipital. Focal seizures from these areas have both individual and shared symptoms such as looking spaced out and being unable to communicate. A person experiencing a temporal lobe seizure is still conscious but can look confused, be unable to talk and make lip-smacking noises. What I find particularly interesting is that they have a feeling of déjà-vu. Observers might even think that the person is daydreaming.

An episode like this does not last long. It could be anywhere between 30 seconds to two minutes. However, for someone going through this, it can feel like a lifetime. Everything around seems to be frozen and no one else exists even if they are in a room full of people. He is in a world of his own to which only he has a key and no one else can access. Even if afterwards he explains what happened, others might understand but be unable to get to the core of what really happened within.

Can epilepsy be a disguised gift?
Focal seizures can be a calm moment for some epileptics who simply feel spaced out as if on drugs but a scary one for others. Such a moment can come without warning whether the person is in a supermarket, walking on the road or in the shower. Usually, it only lasts a few minutes after which some epileptics might need a rest while others can resume their activities straight away.

The extent to which an epileptic can relax during a seizure also depends on which part of the brain is affected. Some describe it as a form of inner consciousness that takes over. It can feel like a magical space, where you are in a marshmallow balloon and floating on a rainbow. When the impression of déjà-vu comes up, it feels like life is being experienced in a different dimension. If an epileptic regularly visualises the heart filled with love, when a seizure comes it might be easier to go with the flow of energy and reconnect with their unique inner world. People around might think that they are having a confused moment but inside they have a moment of enlightenment.

Too often I have heard the expression ‘being victim of a seizure’. What if epileptics were not victims but special people gifted with moments of full consciousness? They have a super power that connects them with their inner consciousness within seconds and transports them to a different dimension! Most people meditate for hours or years before reaching a similar consciousness or might never even feel it as their brain is constantly filled with thoughts.

​
Live life as if everything is rigged in your favour
~ Rumi ~