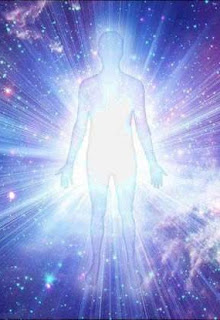 Where are our deceased loved ones?
This week it will be 20 years since my father left his physical form. I often worried about forgetting his voice, his laughter, that special smile he would give me when I had been cheeky. The list got longer when a couple of years ago I added similar fears about forgetting my sister. Paradoxically, I noticed that their passing away has in a way brought them closer to me. At times, I feel their presence even more than before. When a loved one dies, the walls that might have been between the two of you crumble and fade. It creates space for unconditional love that embraces both of your souls and brings you even closer than before.

Consciousness is infinite. I believe the consciousness of my deceased loved ones has partly merged with the Universal one and partly moved on to the next stage of being for their souls. Wherever they are, we still share a loving connection. I’ve had several dreams where I strongly felt my father’s and my sister’s presence. I recall one of my sister where I woke up feeling her chest resting against mine as we hugged. I felt the weight of her chest against mine and it was so real that I did not want to open my eyes. I know that it truly happened. In a more recent dream, she was dancing and I could see her gracefully moving her arms while her long red skirt swayed. She then walked towards me and asked me with a smile, ‘Why are you staring? Did you think I forgot how to dance? Did you think I left?’ I woke up then, feeling her energy around me. She was here.

I strongly felt my father’s presence on my right side while meditating one morning. It was so intense that I did not dare move in case it would disappear. He came to let me know that I was not alone and he is still here, looking after me. I felt reassured, loved and happy. The same happened when I was once lying unconscious in hospital. He was there and he told me that I was safe. He will always come when I need support.

Spiritual beings having a human experience
In part one of my blog, I explained Near Death Experiences and Reincarnation. I believe that there is another stage after the reincarnation cycle on earth where our soul moves on to another realm. 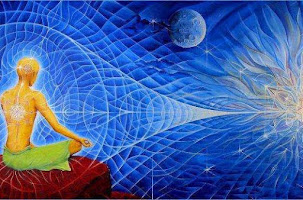 In his book Autobiography of a Yogi, Paramahansa Yogananda (known for introducing self-realisation in the Western world), shares how his deceased master came to visit from another realm. The guru said that he created an entirely new physical body from cosmic atoms to enable this visit. He explained that he now lived on an Illumined Astral Planet with spiritually advanced beings who aim ‘to rid themselves from astral karma and thus attain liberation from astral births.’ As human beings, we first have to attain full realisation that we are Spirit, i.e. enlightenment, in order to move into the Astral Plane. There is a superior causal world beyond where souls merge in One Cosmic Ocean of bliss.

This sounds complicated, but it simply means that we reincarnate on Earth until we reach enlightenment, then we move on to the Illumined Astral Plane where we go through a similar process at a higher level until we reach the final superior causal world. It is a long process which required determination, commitment and perseverance!

Unquiet Spirits
I wouldn’t do justice to all souls, if I did not mention the unquiet spirits who are referred to as ghosts. In all cultures and civilizations, people have believed in ghosts. Across the world we hear about haunted castles, houses, forests, places where people were murdered or died in accidents, etc... Ghosts are spirits who have left their physical form yet remain stuck in this world. The reason could be that they died in unnatural circumstances or at the wrong time, so they persist in hanging around as they cannot accept that they have left the human form. These unquiet spirits remain around the place where their death occurred, what we call haunting. Hopefully, one day they will be freed from this horrible prison and become part of the Universal consciousness again.

Many are scared of dying as the soul goes to an unknown place.
The fear will fade if we trust that we will leave our physical form at the right time
and move on to the right place.