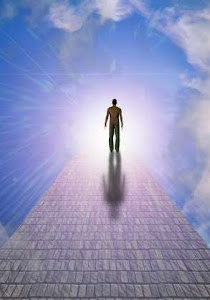 Whoever we are, there are two certainties that we all experience in life. We breathe and we die. What happens after that is still a mystery. We have an idea of what it could be like based on religious or personal beliefs, or occasionally on our own out of body experience, or from reading about others’ experiences of ‘having been in the tunnel’.

With all this information, one might suppose that we know what happens after death, but uncertainty persists. Perhaps it is only after we have finally left the body that our consciousness knows what lies ahead. Are we spiritual beings having a human experience? Do we reincarnate when the soul leaves the body or do we merge with the Universal energy? Do heaven and hell exist? Do we reconnect with our loved ones? Do we move to a different dimension? Or is it none of these?
​

Near Death Experiences
The results of a study conducted by the University of Southampton on over 2,000 patients who had a cardiac arrest show that 2% of the people continued to experience awareness and were later able to relate what happened around them despite being confirmed clinically dead. For some it lasted up to three minutes, although the received wisdom is that all brain activity stops 30 seconds after the heart stops beating.
Personally, I take this as confirmation that we have a soul awareness, an energy, which transcends life on earth. We still exist after leaving our physical form. Near Death Experience (NDE) individuals often describe light at the end of a tunnel or a feeling of floating above their body. Some see angels, Gods or deceased loved ones who welcome them as they go through the tunnel. They sense a peaceful atmosphere and feel at home, but are asked to return to their bodies.

I have read about some thought-provoking experiences. Anita Moorjani, who is now an international speaker on terminal illnesses and facing death, was diagnosed with cancer in 2002 and fell into a coma after four years of treatment. Doctors said that she was in her final hours, but she came out of it after three days. She described it as a NDE where her deceased father told her that it was not yet time for her to die. What makes her experience so believable is that her tumours shrunk by 70% within four days and she was cancer free within five weeks! In 2012, her book ‘Dying to be Me’ was published.

Jeff Olsen had a horrific car accident during which his wife and younger son died. He was in a coma where he experienced a tangible realm of light. He encountered a being that he calls God as well as his deceased wife who told him that he had to go back to his body. During his NDE, he understood that we are all one and part of the Universe. He has since written these books about learning how to be happy again: Beyond Mile Marker 80, I Knew Their Hearts and The Slight Sledge.

Life-changing stories like these have brought me a clearer understanding and a willingness to trust in what might happen when I die. However, what’s next? Is this light and peace ever-lasting, or simply a phase? 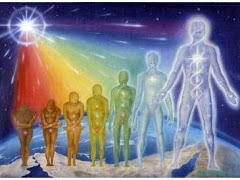 Reincarnation is the widely-held belief that souls come back after death and take birth in a new body. The Eastern religions of Hinduism and Buddhism believe that our new life is shaped by our past karma, a reaction to our actions in the previous lifetime. As we sow, so shall we reap. We keep coming back in a human form until we have cleared our karma with good actions. Our consciousness is then ready to merge with the Universal one.

For me, reincarnation is becoming more credible as people experience past life regression. Has it ever happened to you that you go somewhere for the first time and feel like you’ve been there before? Or meet someone for the first time but feel like you’ve known each other forever? Those feelings of ‘déjà vu’ could be part of an experience that transcended from a previous life. Nowadays, people are more open to sharing such experiences. Past life regression therapists are on the rise. These experiences also happen during The Journey processes when memories from previous lifetimes come up.

Dr Brian Weiss, a well-known psychiatrist who specialises in past life regression has written several books on the topic, including Life after Death, Miracles Happen and Same Soul, Many Bodies. His belief in reincarnation began when one of his patients talked about her past life experiences under hypnosis which he later found out, through public records, were true. He has regressed more than 4,000 patients since 1970. In my opinion, all his research and proofs he obtained from the patients prove that reincarnation exists. However, does everyone experience it?

You are not here by accident or by some coincidence of nature.
You are a spiritual being learning lessons of love in this earth school.